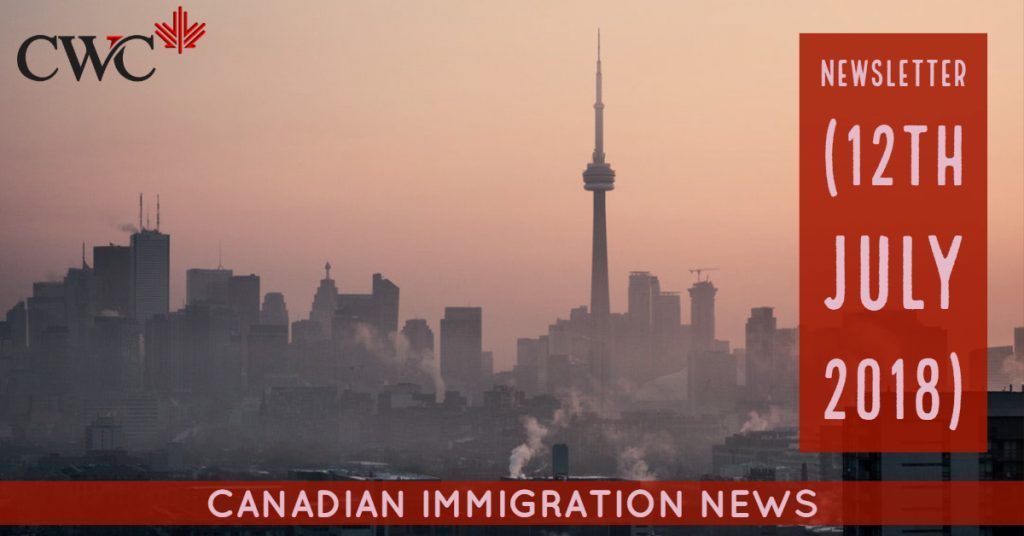 The recent express entry draw took place on July 11, 2018 and maintains the Comprehensive ranking score of 442. The Government of Canada has invited 3,750 Express Entry candidates to apply for Canadian permanent residence in this draw.

The increase to 3,750 ITAs for both the draws held last month established a new Express Entry record for the month of June. 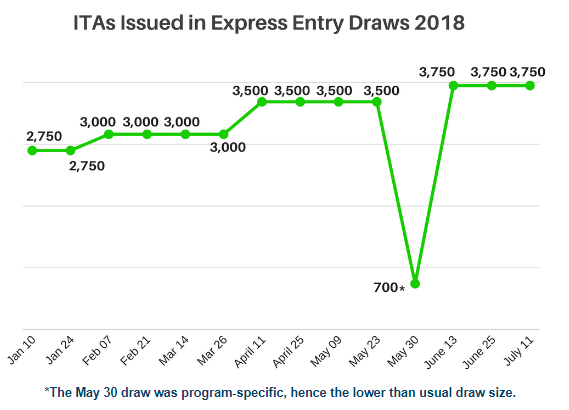 The allotment for Atlantic Immigration Pilot program is to be increased for 2018.

The Government of Canada is increasing the number of skilled immigrants who can immigrate through the Atlantic Immigration Pilot Program this year by 500, bringing the 2018 allotment to 2,500.

Manitoba invited 132 Express Entry candidates to apply for a provincial nomination on July 9.

Manitoba holds second Express Entry-linked draw in less than a week and Express Entry candidates with recent NOC B work experience are targeted in this draw. The minimum ranking score was 519 — the lowest score yet for Manitoba’s Express Entry sub-stream.

The July 9 draw issued invitations to candidates with a valid Express Entry profile and job-seeker validation code and at least six months of recent experience in an occupation on Manitoba’s In-Demand Occupation list that is designated skill level “B” under Canada’s National Occupational Classification (NOC) system.