Canadian businesses are having a historically hard time finding employees, and the good news for workers is that pay is likely headed up.

Canada had over 397,400 jobs sitting unfilled for four months or longer during 2018. The vast majority of those jobs — more than 326,000, or 82 — were located in Ontario, Quebec and British Columbia. (The three provinces have about 76 of Canada’s population.)

Statistics Canada says job vacancies in B.C. increased in 19 of 20 industrial sectors in the province, with vacancies concentrated in the province’s Lower Mainland-Southwest economic region, which includes Vancouver. Sales and service occupations, trades and equipment operators posted the largest increase in vacancies.

The Statistics Canada report showed job vacancies have increased year-on-year in each of the last eight quarters. 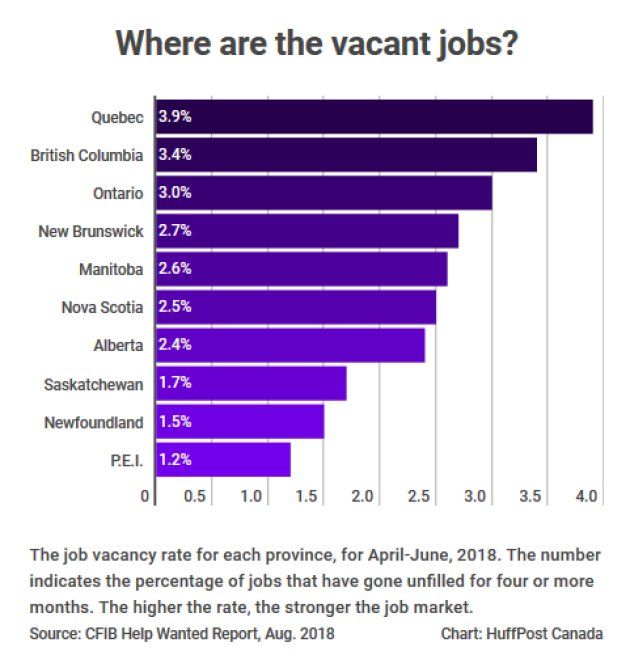 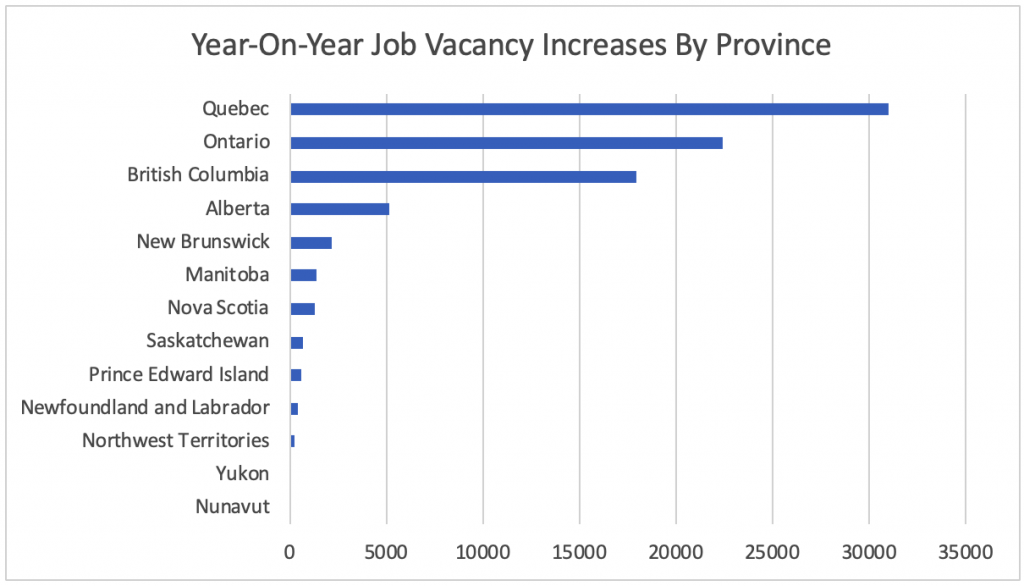