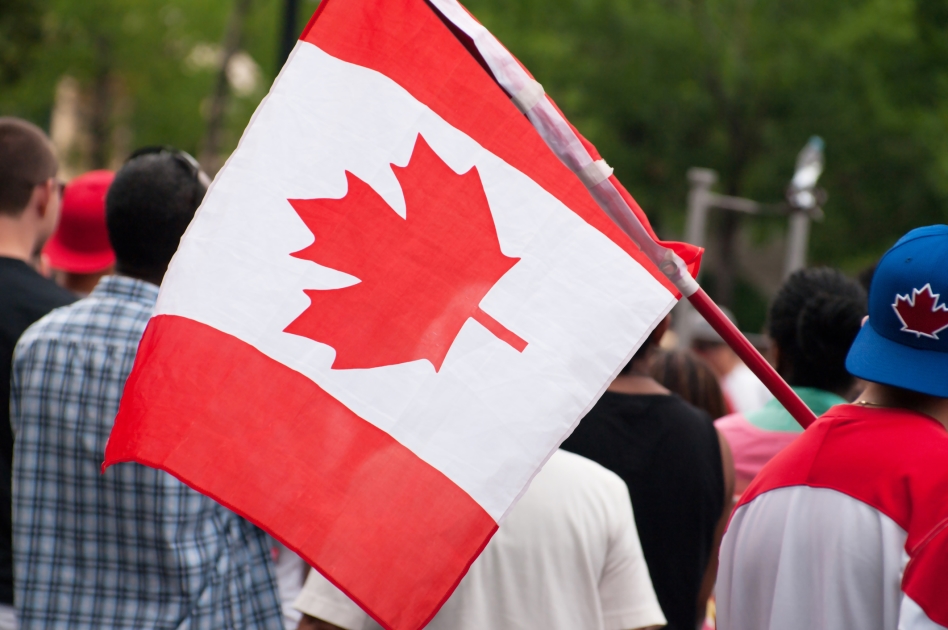 More than 100,000 people attempted to access Canada’s Parents and Grandparents sponsorship program form at noon on Jan. 28. The form opened and closed again within minutes, sparking a outrage on IRCC’s social media channels from frustrated users who said they were either unable to access the form or were in the process of completing a form but could not because the intake ended.

Just 11 minutes after the federal government opened up the online application process for Canadians to bring parents and grandparents to the country, the maximum number of application forms had been received, prompting Immigration, Refugees and Citizenship Canada (IRCC) to shut down the process, and generating frustrated comments from the sponsors.

The first hurdle was to successfully submit an “interest to sponsor” form, which would be added to a pile of 27,000 on a first-come, first-serve basis. Later, those 27,000 people would be vetted for eligibility and invited to apply for one of 20,000 spots available this year.

Ahmed Hussen, the minister responsible for IRCC, took to Twitter to respond to the outrage. In a lengthy thread, Hussen said the Liberal government is “committed to family reunification” and increased the number of PGP applications allowed from 5,000 under the previous government to 20,000. 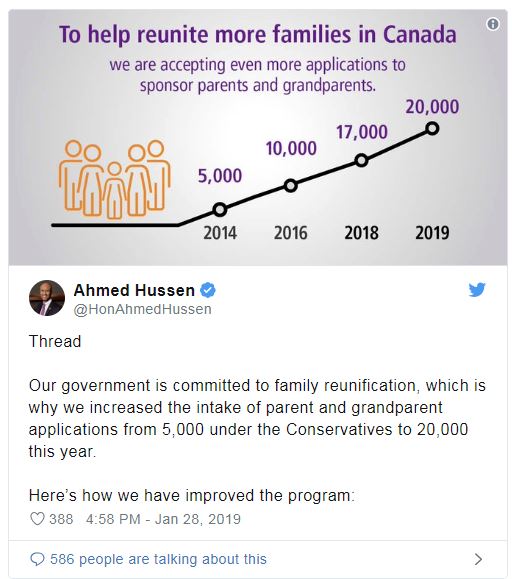 While IRCC regularly reviews its programs, policies and procedures to assess whether changes or improvements should be made, no formal review of the program is being done at this time.

A collective social media group was created under REPAIRPGP2019 protesting the current process. Several people took to social media and demonstrated their protest through peaceful assembly across Canada on Feb 18th based on the sponsor form being discriminatory and  raised many concerns about the fairness of access, as only those with reliable Internet access, quick typing skills and good understanding of English or French had a chance to succeed. These are not sponsorship criteria, and should not have been the deciding factors in the process said the group on Social Media channels.

Find out other options to bring your family members to Canada